Seven trekking routes to do in Sabina

Oak woods and towering turkey oaks, hermitages, streams and most of all, the magical veil of silence. Trekking in Sabina has a rare charm. Whether you set out in the footsteps of Saint Francis or set off to discover ancient sanctuaries and natural emerald pools, you will always be able to enjoy unspoiled nature. You will be in for a regenerating experience, just a few kilometers from Rome. Here are seven ideas to keep in mind.

In Sabina it’s possible to walk a stretch of Saint Francis’ path, the fascinating route that follows the historical footsteps once taken by the Saint. Stop #17 runs from Poggio Bustone to Rieti, through the sanctuaries and paths of the Valle Santa in Lazio. About 20 km can be covered in approximately 7 hrs, which will take you from the village of Poggio Bustone – where the sanctuary-convent of San Giacomo Maggiore stands and to the Sacro Speco, the hermitage where Francis prayed. Making a stop to the Sanctuary of San Felice all’Acqua and then to that of Santa Maria della Foresta, where the saint performed the miracle of the grapes. From here to Fonte Colombo, the “Franciscan Sinai” that runs for 10 km.

On the other hand, if you prefer to reach Rieti along the paved road, you will arrive after about 4 km infront of the Santa Maria Assunta Cathedral. Finish the excursion by dining, enjoying some local culinary delights enriched by the inevitable flavor of Sabina extra virgin olive oil.

The Planetary Path of Monte Terminillo

With approximately 8 km in length, Terminillo is the longest Planetary Path in Europe. This astronomical themed walk is dedicated to Jules Verne and can be covered in about 2 hrs 45 min It starts from the Tre Faggi residence and ends at the Angelo Sebastiani Refuge. Simulating a trip in the solar system, initially you will have to identify yourself with a photon that from the sun reaches Pluto, reaching a total of ten pitches.

Lush forests, emerald green water, a haven away from the city chaos. Welcome to the Pozze del Diavolo, the charming natural pools that can be easily reached through a walk of about 14 km lasting 5 hrs.

Starting from the Roccantica village, overlooking the valley where Mount Soratte stands. Crossing over to the forrest between the ancient pilgrimage paths, you will reach the Hermitage of San Leonardo. This small rock church embedded into the cave is before the Grotta di San Michele, at the foot of Mount Tancia, while the Pozze del Diavolo mark the last stop of this route.

Mountain boots, poles, anorak and off to the highest peak of the Sabine Mountains. The excursion to Monte Tancia (1.282 m) begins by reaching the Osteria del Tancia by car, an old medieval spot. This spot was an ancient restoring area for travelers who came along this ancient trade route, the most important link between Montepiano Reatino and the Tiber Valley. Traveling through a dirt road that runs along the eastern side of the mountain, you will arrive at an old watchtower in approximately 1 hr From here on, the route continues along a path in the woods. In 45 min you will reach the pass where you turn south and go uphill.

An hour walk between forest stretches and open spaces. This is the Holy Cross placed by the CAI Subsection of Poggio Mirteto. Once you reach a high altitude, all of your efforts will be paid off by this spectacular view.

Hermitages and Castles between Poggio Catino and Roccantica

A path of frescoed churches of holy and distant tales, from Santa Caterina d’Alessandria to San Leonardo, which marks the path of one of the most evocative of Sabina. From Poggio Catino it takes you to Roccantica, rocky hermitages and castles where history and nature intertwine. Among these two gems, along a journey of about 15 km, tales of dragons and saints come to life.

On the slopes of the Sabine Mountains, inside the Slow Sabina Park, a circular path that embraces the medieval village of Roccantica will take you up to the Cognolo refuge. As you’re walking along, you’ll encounter the old roads and paths that were once used for sheep farming. As you’re exploring this thematic itinerary, you’ll find yourself steeped in tales and local memoirs.

These 12 km are to be covered in about six hours and are of medium difficulty. You’ll see unusual views towards the Tiber valley making your way to the dark Valley. Among the treasures you will encounter, a hermitage of Benedictine origin dedicated to the cult of San Leonardo, the remains of an old municipal mill and the Revotano, the largest karst sinkhole of the Apennines

Trekking to the Gole del Farfa

An excursion reserved for nature enthusiasts reveals a picturesque protected area, a natural monument of the Lazio region moving along the canyon of the Farfa river from below and from above. A trekking route suitable for everyone is right between the area of Castelnuovo di Farfa and of Mompeo. With medium difficulty and little elevation, it slips right from the town of Castelnuovo di Farfa towards its river. The walk begins at the Oil Museum and descends to the medieval bridge that once connected the towns of Mompeo and Castelnuovo di Farfa. After crossing the bridge, turn right to briefly go up the Farfa river and reach the ruins of an old mill, the “Mola Naro Patrizi”.

The walk continues in the woods as far as the “Gole del Farfa”. With its lush vegetation, the view winds through coves and spectacular canyons. 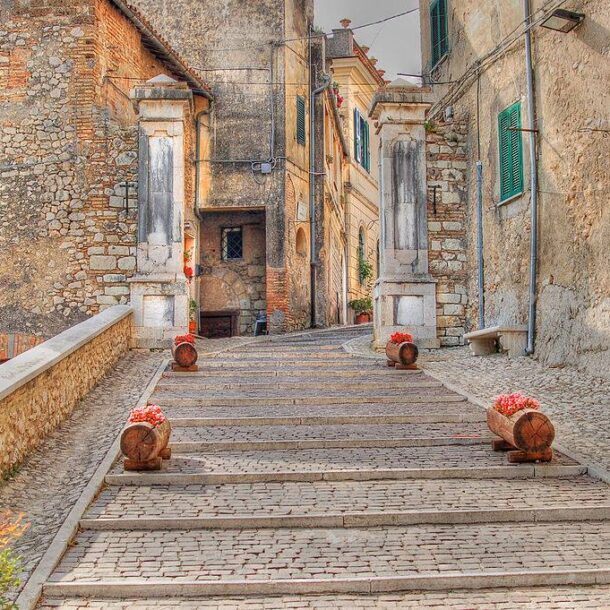 10 things to do (and see) in Sabina
Previous Article 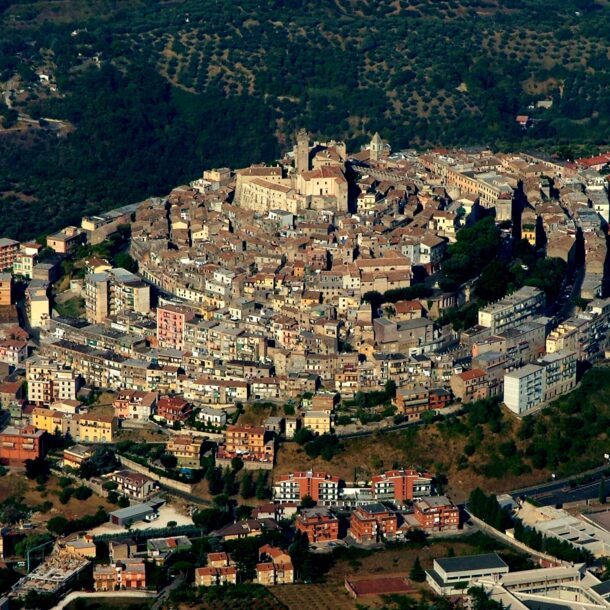